Drive As Though You Have Diplomatic Immunity From Police Speed Traps

Drive Without Fear Of Receiving A Speeding Ticket.

Drive as though you have Diplomatic Immunity

"We offer only the BEST in Speed Protection" 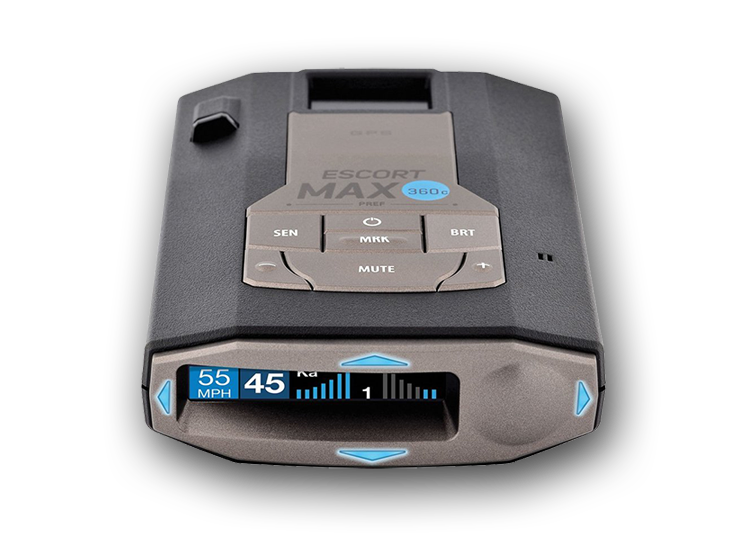 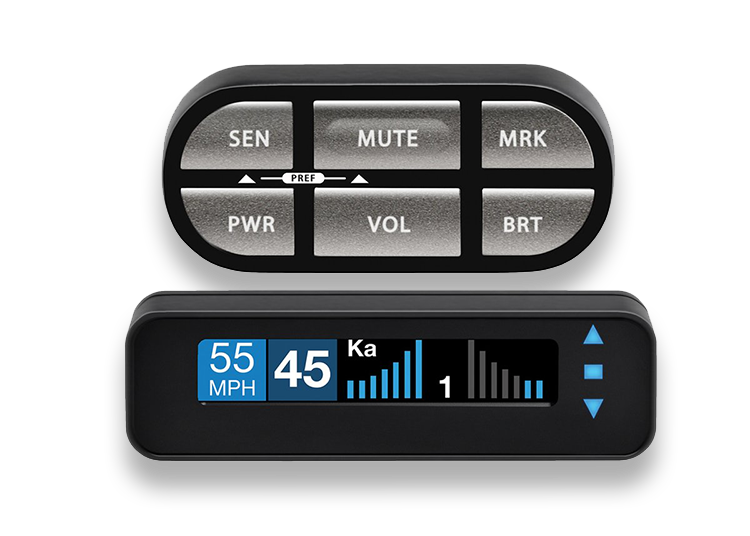 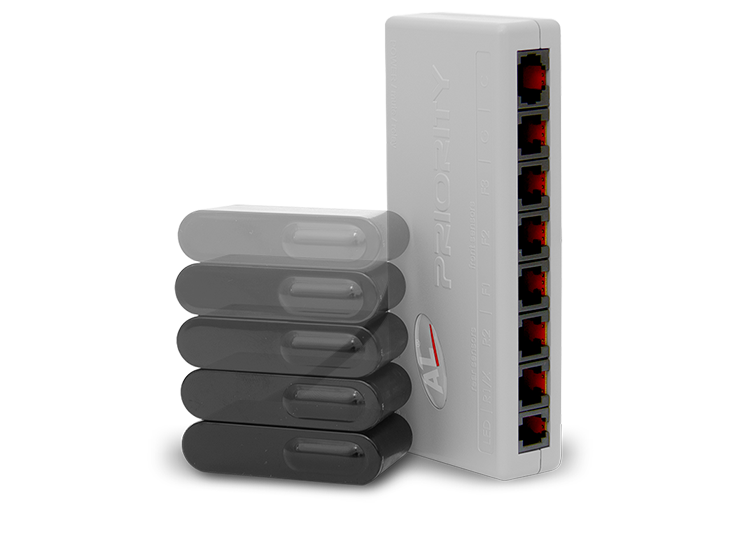 The Best That Money Can Buy! 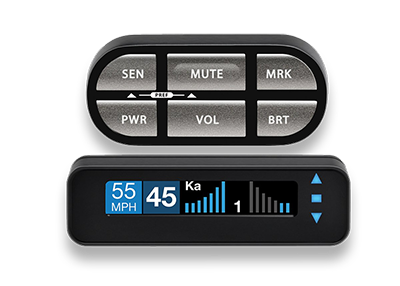 Do you need a system that exceeds all other radar detectors and laser jamming capabilities? A 1-year speeding ticket guarantee? How about a 3-year warranty? Then there is simply nothing better than the new Escort Max CI Platform coupled with the AL Priority anti-laser jamming system.

The new ESCORT MAX Ci Platform is the long awaited custom installed replacement of the Beltronics STiR+ and is completely redesigned with the input from both customers and installation technicians to not only refine the features and installation, but to surpass all previous custom installed units from Escort and other manufacturers. The ESCORT MAX Ci Platform is now modular in design and allows our technicians and you to custom tailor a unit to meet their specific needs such as adding rear radar detection with the addition of the separate rear receiver for complete 360 degree radar coverage.

Some of the highlights of the ESCORT MAX Ci Platform is the use of a GPS receiver that accesses the internal database to warn the driver of approaching red light cameras, speed traps and speed cameras. The front radar receiver has been redesigned for a better long range radar detection of all the police radar bands. The system includes an OLED display to inform you of the threat along with the direction if the rear radar receiver is added - purchased separately. Further, the screen color can be changed to red, amber or green from the default blue setting for a more integrated factory appearance. The new control panel has been redesigned to offer a better integration and allows for easy access to the many features of the system.

The ESCORT MAX Ci Platform also comes with the ESCORT connected experience which offers real-time intelligence and alerts via the crowdsourced ESCORT Live™ a community filled with millions of users. 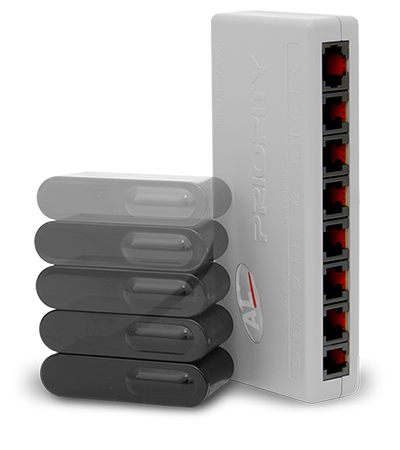 What compliments the best radar detector? Simply enough the AL Priority! No, it is not a household name...YET! However it is a company that has pioneered laser jammers from the beginning and offers the most powerful laser jammer on the market today. The AL Priority is completely customizable allowing you to use the basic dual jammer system, or for those with larger vehicles that want 360 degree protection, five laser sensors can be used - three units for the front and a pair for the rear of the vehicle.

Options to customize the system include a Bluetooth interface (sold separately) that interfaces the functions of the control panel to your smartphone or the HiFI voice module that will alert you by voice which direction the laser is coming from and what type of laser.

Pricing starts at $2999.99
professionally installed depending on options and vehicle

The AL Priority is the ONLY laser jamming system on the market that will defeat ALL police laser guns in use across the United States and Canada.

*We don't care who told you what, what story your read on the internet or some marketing departments defiance of physics - there is nothing better than AL Priority 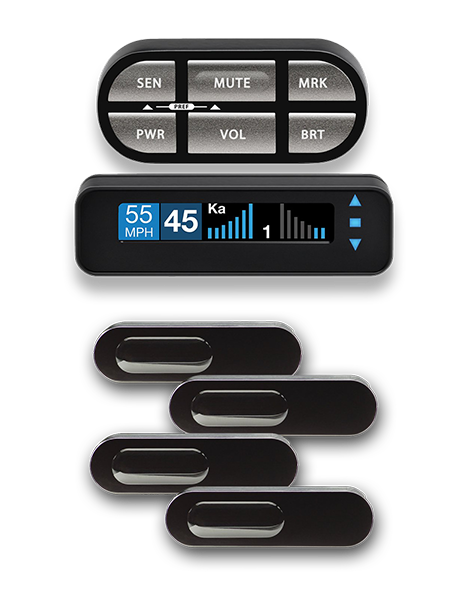 The ESCORT MAX Ci 360 offers the most advanced digital radar and laser detection system for the complete driver alert. Designed to be seamlessly integrated into the vehicle for a completely discreet install, it features front and rear radar receivers as well as four laser shifters which protect drivers against all speed monitoring devices. Along with complete 360° protection; the ESCORT MAX Ci 360 is 100% undetectable.

Pricing starts at $3499.99
professionally installed depending on options and vehicle

A GREAT Choice For Multiple Vehicles 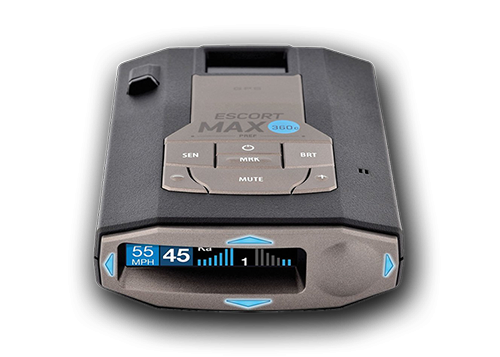 The ESCORT MAX 360c is the first driver alert system designed for the connected car. When paired directly to the car’s WiFi, the MAX 360c automatically connects to ESCORT Live® without the need for a smartphone. Through the ESCORT Live app users are connected to 3.5 million registered users who generate over 8 million alerts per month.

In addition to the ESCORT Live community, the MAX 360c can be updated to the latest software and firmware over the air when connected to a WiFi network, eliminating the need to remove the detector from the car.

Pricing starts at $649.99
professionally installed depending on options and vehicle

Cleveland, Ohio and the surrounding community is unique to the rest of the United States with the implementation of radar drones* on the highway transmitting in K band, red light cameras, speed trap cameras, the use of the older K band radar guns and the newer threat of state of the art laser guns. However, we have covered all the bases with our phenomenal product line up from Escort Radar, Beltronics, AL Priority and K40.

Access 1 Alarm and Audio offers multiple brands of radar systems such as Beltronics, Escort, K40 and the ultimate in laser protection, AL Priority. Even though it is uncommon for a company such as Access 1 Alarm & Audio to put all its eggs in a single basket, we can’t professionally recommend any other equipment other than Escort or Beltronics paired to the AL Priority due to Cleveland’s unique speed measuring threat. We have multiple systems for different budgets with different levels of protection.

So what makes these detectors so great compared to others?

Here are some of the main features that will make your drive more pleasant and are not found on other radar detector systems.

GPS learning allows for the rejection of the false radar signals by the radar drones on the highway while still looking for real police threats. Radar drones are spaced about every mile and turn on briefly. They are used to measure the speed and traffic flow which is then reported to various companies such as Garmin, which uses that data to provide real time traffic flow to your vehicles navigation system.

The red light camera and speed trap database ensures that you are warned of an approaching red light camera or a speed camera. This alone will pay for the unit itself within the first year and for some, within a week! This database is updated monthly to keep up with the current addition of cameras and traps.

Adaptive Signal Processing system uses GPS technology to automatically "learn" (by exact location and frequency) each radar signal and determine if it's a real threat or not. This data is updated real-time during your drive, and provides the most accurate alert system possible. The result is the most accurate long-range protection in the industry and a permanent solution to false alarms. You drive. It learns. End of story. Nothing could be easier.

DEFENDER® Database - Thousands of safety camera locations, including red light and speed-based cameras throughout North America. You can also download updates, back up your data, and stay on top of new threats directly from Escort’s website. These units also come complete with a 3 year Defender Database Subscription for FREE.

Variable-Speed Radar Performance, PASSPORT's Auto Sensitivity mode varies radar sensitivity based on your vehicle's speed. The result is radar performance when needed most.

Mark Location The PASSPORT 9500ci's "Mark Location" feature enables the customer to manually mark known speed traps, camera locations, or anything else worth noting. Once stored in its memory, the 9500ci will provide sufficient warning for all of these points of interest.

While most Police Departments use both K band radar and Laser guns, there is NO active defense for radar. Escort and Beltronics offer some of the best radar detection units on the planet and will cover instant on guns beside the normal X, K, Ka bands. Instant on guns are the type that the police officer points, pulls the trigger, and the gun transmits and receives a signal with your speed almost instantaneously. But what about laser?

Laser guns, or LIDAR, are an aim and shoot detection unit that is light based with a smaller focused transmission beam that is not broadcasting to everyone on the road like radar does. Fortunately it is completely legal in the state of Ohio and most of the USA to "jam" those signals. The AL Priority and the new Laser Pro Shifters from Escort will defuse the signal or “shift it” not allowing the laser gun to read the vehicles speed, thus you not getting a ticket!

What about the portable unit that you are currently using or have used in the past that has laser detection?  We call this ticket confirmation. The laser gun the police use will instantaneously know your speed and it happens so fast you would need to react in less than a second (.0000001 seconds to be exact). So without an active laser jammer you will be confirming the ticket with the laser detector. 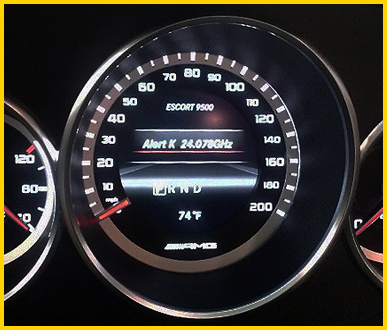 Display your Escort custom installed unit in your instrument cluster for a look that will make it seem your vehicle came from the factory with the Escort system installed.

We have solutions for Mercedes-Benz, Porsche, Audi, Bentley, BMW, Ford, Jeep and more.

For the Mercedes-Benz owners with vehicles equipped with Distronic Plus we have an interface that will allow you to have a fighting chance against K Band radar threats. Well what do we mean by that as it sounded expensive and possibly will not work with the vehicle? You would assume correct! Unfortunately the Distronic Plus system on the Mercedes-Benz vehicles utilizes K band radar for parking assist and to measure the distance of the vehicle in front of you when the Distronic Plus cruise control is activated.

The Mercedes-Benz Distronic Plus interface filters out about half the spectrum of useable K band radar allowing you to still use the radar detector band for partial coverage. A further benefit of the interface is the ability of the interface to display the Escort's MAX Ci 360, MAX Ci Platform, 9500Ci or Beltronics STiR+ LCD display on the instrument cluster screen, eliminating the need to show it in the interior. Further the control module is also available to hidden, as the steering wheel buttons will control the basic functions of the Escort’s control module. See our YouTube Channel for further information.