Ever want to drive like you have Diplomatic Immunity? With our professionally installed Anti-Laser Priority laser jamming system you can as our Columbus, Ohio client has found out.The AL Priority system is truly state-of-the-art. The AL Priority system can be configured to protect any vehicle from police laser utilizing up to 5 laser sensors, the addition of a radar receiver with GPS filtering, voice module integration for verbal threat identification and an optional Bluetooth interface to control the system through your smartphone.

This Mercedes-Benz GL550 was professionally integrated with 5 laser sensors, 3 in the front of the vehicle and a pair in the back. A Hi-Fi voice module was placed in the interior cabin to inform the client of the laser threat. Each multipurpose laser sensor incorporates the ability to inform the driver of the threat, defeat the threat and act as a parking sensor when parking. 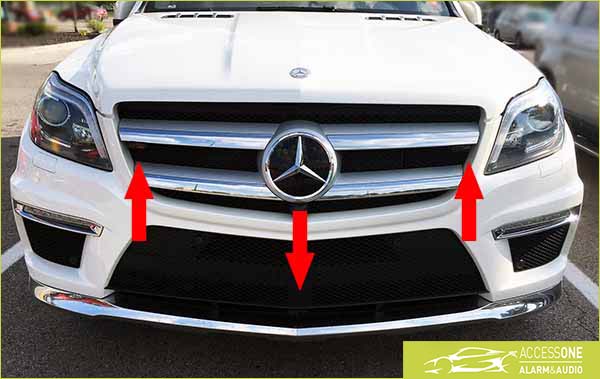 Not only is the placement critical for proper operation but the consideration of theft, vandalism and mounting the units is just as important Today's laser guns, called LIDAR, do not have the beam divergence of a radar gun resulting in a beam that is approximately 16" wide at 500', making the placement critical of each sensor that doubles as a jammer. Further complicating the issue is that from the time the police officer pulls the trigger of the LIDAR gun aimed at the vehicle, the vehicle's speed will be displayed in less than a second. Thankfully AL Priority will combat that with masking the speed signal resulting in the officer not receiving your speed.

Larger vehicles such as this SUV will require at least 3 unobstructed sensors in the front for a worry free ride. Unobstructed is the key word. Time and time again we see the laser jammers hidden behind the mesh grilles or bumpers and the client is upset that the system is not performing as advertised. Obviously there is no need to elaborate on that, just chose a professional that understands the dynamics of LIDAR and the countermeasures needed to keep you from being pulled over. 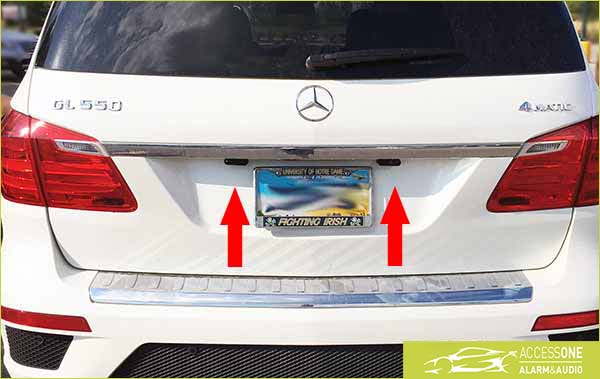 Cover all your bases as Law Enforcement adapts to technology just like you. This client did not want the inconvenience of being pulled over due to a gap in coverage of the countermeasures. This Mercedes-Benz received a pair of rear AL Priority sensors flanking the license plate area which is the prime target for law enforcement LIDAR operators. Each sensor throughout this installation was bolted to the vehicle using stainless steel hardware to weather the seasons and provide years of reliable use.

Be aware that the addition of the rear sensors is more labor intensive and requires talent, professionalism and dedication to properly run the cabling with the factory wires in a hatchback vehicle due to the movement of the hatch and could double the installation time. 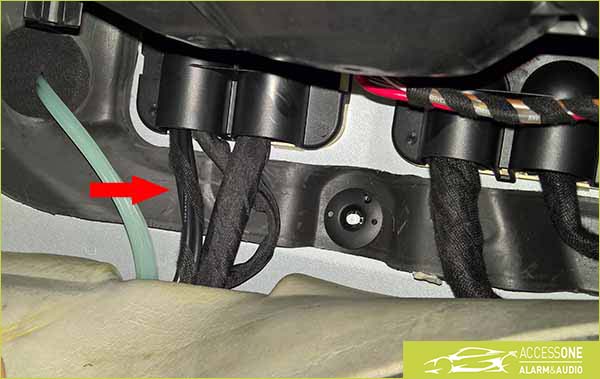 The Wiring Of The System

Equally as important of the system is wiring the different components within the vehicle for proper reliable operation. Great care is taken to run the aftermarket cabling along the factory wire runs in the vehicle utilizing factory grommets to pass the wiring through the different zones of the vehicle such as the firewall pictured here. The goal is to integrate the system as if it was wired at the factory. Taking the time to safeguard the wiring properly ensures proper and reliable operation.

Below will be a link to the images of the installation of the various components.